New Delhi is the capital of India and situated within the metropolis of Delhi. It is one of the eleven districts of Delhi National Capital Territory and seat of the executive, legislative, and judiciary branches of the Government of India. It is also the center of the Delhi. The metropolitan area has population of around 23 million and city population is around 11 million. It is said to be place of Pandava capital, Indraprastha. The new capital was inaugurated on 13 February 1931 by India's Viceroy Lord Irwin. With a total area of 1,484 km2 (573 sq mi), New Delhi forms a small part of the Delhi metropolitan area.

Delhi is one of the 'Greenest' cities in the world with a green cover of almost 20%. Being a planned city, New Delhi has numerous arterial roads, some of which have an iconic status associated with them such as Rajpath, Janpath and Akbar Road. New Delhi is a cosmopolitan city due to the multi-ethnic and multi-cultural presence of the vast Indian bureaucracy and political system. New Delhi is home to several historic sites and museums such as the India Gate, Gandhi Smriti Jantar Mantar , National Gallery of Modern Art, National Museum of Natural History, National Rail Museum, National Handicrafts and Handlooms Museum, National Philatelic Museum, Nehru Planetarium, Shankar's International Dolls Museum. The city hosted the 2010 Commonwealth Games and annually hosts Delhi Half Marathon foot-race. Major sporting venues in New Delhi include the Jawaharlal Nehru Stadium, Ambedkar Stadium, Indira Gandhi Indoor Stadium, Feroz Shah Kotla Ground, R.K. Khanna Tennis Complex, Dhyan Chand National Stadium and Siri Fort Sports Complex. Khari Baoli is the Asia's largest wholesale spice market. A must visit for the once-in-a-lifetime overdose of a spice cocktail high. The entire public transport of the city runs on environment friendly Compressed Natural Gas.

After Nairobi in Kenya, the Delhi ridge makes it the world’s second most bird-rich capital city.  The city is home to numerous international organizations. The Asian and Pacific center for transfer of technology of the unescap servicing the Asia-Pacific region is headquartered in New Delhi. New Delhi is home to most un regional offices in India namely UNDP, UNODC, UNESCO, UNICEF, WFP, UNV, UNCTAD, FAO, UNFPA,WHO, World Bank, ILO, IMF, UNIFEM, IFC and UNAIDS.

Originally, the walled city of Delhi had fourteen gates and now only 5 are standing. They are: 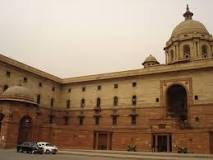 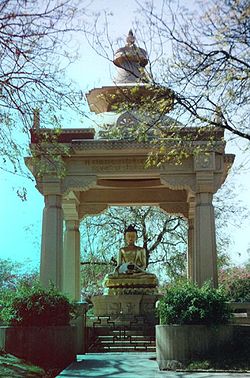 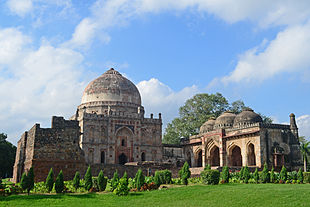 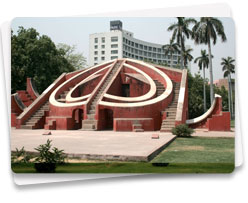