Meet Inspiring Speakers and Experts at our 1000+ Global Events inclusive of 300+ Conferences, 500+ Workshops and 200+ Symposiums Every year on Medical, Pharma, Engineering, Science, Technology and Business.

Theme: Biotechnology for a Better Tomorrow 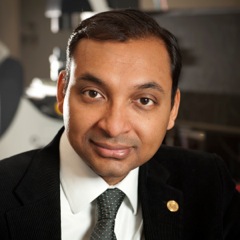 OMICS Group cordially invites all the participants across the globe to attend the 8th Euro Biotechnology Congress during August 18-20, 2015 Frankfurt, Germany with the theme: Biotechnology for a better tomorrow.

Biotechnology is the interdisciplinary field of science and engineering where the biological processes, organisms, cellular components are harnessed by using modern engineering aspects to develop enhanced product for improving human lives and health. Modern biotechnology provides breakthrough products and technologies to combat debilitating and rare diseases, reduce our environmental footprint, feed the hungry, use less and cleaner energy, and have safer, cleaner and more efficient industrial manufacturing processes The aim of Euro Biotechnology 2015 conference is to bring together a multi-disciplinary group of scientists and engineers to present and exchange breakthrough ideas on environmental, molecular, pharmaceutical, medicine, regenerative, bioprocesses, agriculture, animal, nanobiotechnolgy  and other aspects and developments in biotechnology are discussed in this prestigious Biotechnology European Biotechnology Congress 2015 .

Biotechnology Congress 2015 warmly welcomes you to project your ground breaking works through your presentation at the conference. A galaxy of International and European experts will be there to share their knowledge and wisdom with the participants.

The biotech industry in Europe spends nearly $7.32 billion in R&D and $23.2 billion in revenue. Around 20% of the total marketed medicines, and as much as 50% of all drugs that are in the pipeline, are all healthcare biotech products. The European biotech industry provides employment to approximately 95,000 people. Biotechnology sector makes a substantial contribution to the fundamental EU policy objectives, such as job creation, economic growth, ageing society, public health, environmental protection and sustainable development. Germany is one of the leading global biotech players and accommodates maximum number of biotech-based companies when compared to the other EU members. The German biotech industry comprises four important segments including agricultural biotech, industrial biotech, medical biotech and service and suppliers. Germany has a highly innovative R&D, with a research landscape comprising 330 research institutes and 343 universities that work in cooperation with the biotech companies to help them in discovering newer and more effective products.

Pharmaceutical Biotechnology is the science that covers all technologies required for producing, manufacturing and registration of biological drugs.Pharmaceutical Biotechnology is an increasingly important area of science and technology. It contributes in design and delivery of new therapeutic drugs, diagnostic agents for medical tests, and in gene therapy for correcting the medical symptoms of hereditary diseases.

The Pharmaceutical Biotechnology is widely spread, ranging from many ethical issues to changes in healthcare practices and a significant contribution to the development of national economy.

Biopharmaceuticals consists of large biological molecules which are proteins. They target the underlying mechanisms and pathways of a disease or ailment; it is a relatively young industry. They can deal with targets in humans that are not accessible with traditional medicines. Generally small molecules are dosed via a tablet while a large molecule is typically injected to a patient. Mostly small molecules are manufactured by chemistry but large molecules are created by living cells: for example, -yeast cell, bacteria cells, animal cells. Biotech companies use “biotechnology” to manufacture drugs, which involves the manipulation of microorganisms (such as bacteria) or biological substances (like enzymes) to perform a specific process. Biotech drug makers essentially use those microorganisms or highly complex proteins from genetically-modified living cells as components in medications to treat various diseases and conditions, from cancer to rheumatoid arthritis to multiple sclerosis. Unlike pharma companies, biotechnology focus primarily on research and development, this begins with the discovery of novel compounds, which then convoy into the clinic for further testing.

Advances in recombinant genetics facilitate the routine cloning of genes and the creation of genetically modified organisms that can be used in industrial production. Pharmaceutical Biotechnology focus on the new developments in the production of proteins, organisms, DNA-based vaccines, therapeutic proteins, downstream processing and characterization, bioinformatics, advanced molecular principles, and research methods.

Biotechnology in health care represents the complex of modern biological approaches in the field of healthcare research and industry. Healthcare Biotechnology methods are used primarily in pharmaceutical industry and modern clinical diagnostics. The research training in this domain is programmed for the candidates intending to develop their careers in scientific-research institutions, clinical and diagnostic laboratories, analytical services, pharmacological and pharmaceutical companies, etc. For the first time in the history of human healthcare, biotechnology is enabling the development and manufacturing of therapies for a number of rare diseases with a genetic origin. Although individually rare, collectively these diseases affect some 20-30 million individuals and their families with 70-80% having a genetic component requiring biotechnology as part of the solution.

Healthcare biotechnology refers to a medicinal or diagnostic product or a vaccine that consists of, or has been produced in, living organisms and may be manufactured via recombinant technology (recombinant DNA is a form of DNA that does not exist naturally. It is created by combining DNA sequences that would not normally occur together).

This technology has a tremendous impact on meeting the needs of patients and their families as it not only encompasses medicines and diagnostics that are manufactured using a biotechnological process, but also gene and cell therapies and tissue engineered products.

Some of the innovative challenges in the field of biology are:

Food biotechnology is a process scientists use to enhance the production, nutritional value, safety, and taste of foods. It can also benefit the environment by improving crops so that they need fewer pesticides. The concept is not new: For centuries farmers have selectively bred plants to pass on desirable qualities. For example, our ancestors began by replanting only corn seeds from the highest yielding and best tasting corn they grew each year. This process selected desirable genes and fixed them by growing the seeds of the selected crop year after year. The result: the golden, deliciously sweet product we now enjoy. Modern food biotechnology is a refined version of this same process. Today, scientists obtain desired traits by adding or removing plant genes. This process is called “genetic engineering” or “recombinant DNA technology.” It yields foods that are flavorful, contain more vitamins and minerals, and absorb less fat when cooked, and gives us crops that are more resistant to pests and insects. Food biotechnology holds great promise for the future. Soon, fruits and vegetables may be made to resist drought. We may remove allergens from foods such as nuts. Scientists may develop plants that absorb nitrogen more efficiently and need less fertilizer. The benefits are nearly limitless!

Food biotechnology encompasses the use of living organisms to make products, to improve plants or animals, or to develop microbes for specific uses. It includes genetically modified (GM) crops, functional foods, aquaculture as well as more traditional food products such as cheeses, breads and beer. It is estimated that in the next 20-30 years demand for food will increase by 70%. Biotechnology will be key to meeting this demand. In the US there is a general public acceptance of biotech-enabled innovation in food and in North America, more than 60% of all processed food products are reported to contain GM ingredients. Consumer resistance to GM crop and foods containing GM ingredients remains high in Europe and there are significant regulatory constraints.

Currently, there is an increasing convergence of food and pharma sectors around biotechnology as a means of delivering health and wellness to consumers and value to industry. The nutritionals market worldwide is estimated at USSI29bn with functional foods estimated at approx. USS12bn and is growing at 10% to 15%.

Modern agricultural biotechnology improves crops in more targeted ways. The best known technique is genetic modification, but the term agricultural biotechnology (or green biotechnology) also covers such techniques as Marker Assisted Breeding, which increases the effectiveness of conventional breeding. Whatever the particular technology used, the crops may be destined for use for food, biomaterials or energy production. Genetic modification means that existing genes are modified or new genes included to give plant varieties desirable characteristics, such as resistance to certain pests or herbicides, or for vitamin fortification. Because only a few genes with known traits are transferred, GM methods are more targeted and faster than traditional breeding. They are used alongside conventional plant breeding. Biotechnology has helped to increase crop productivity by introducing such qualities as disease resistance and increased drought tolerance to the crops.  crops such as corn, cotton, and potato have been successfully transformed through genetic engineering to make a protein that kills certain insects when they feed on the plants. In some cases, an effective transgenic crop-protection technology can control pests better and more cheaply than existing technologies. Genetic engineering technologies can help to improve health conditions in less developed countries. Genetic engineering can result in improved keeping properties to make transport of fresh produce easier, giving consumers access to nutritionally valuable whole foods and preventing decay, damage, and loss of nutrients.

Applications developed through research have led to the emergence of three scientific agricultural animal biotechnology sectors:

Aquaculture & Marine Biotechnology have been the subject of great importance not only because of the sustainable utilization of their resources to feed the billion people of the world but also for the future challenges for discovery of new products and process development of economic importance through its treasure recognition and diversification. Apart from contributing to high quality and healthy food (aquaculture), nutraceuticals and medicinal products (anti-cancer and antimicrobials), this sector is expected to contribute to sustainable alternative source of energy (biofuel from microalgae) and environmental health. The potential for the contribution of Marine Biotechnology is, therefore, even more relevant now than it was ten years ago and a sound strategy for its development in India is urgently needed to allow this potential to be realized. Marine Biotechnology is capable of making an important contribution towards meeting impending challenges like a sustainable supply of food and energy and human health.

Attention is also paid to marine biomolecules and contributions reporting on bioprocesses for waste management research concerning fishery and seafood related industries. Furthermore, marine polysaccharides are one of the most abundant renewable “bulk” biomaterials from the marine environment. Therefore, studies about their discovery and sourcing, bioactivity, structure-activity relationship, fine structural details, etc. are highly anticipated. Other bioactive compounds, including marine nutraceuticals, polypeptides, as well as secondary metabolites, are part of the overall research effort into natural products discovery and contributions on different scientific aspects of this research (discovery and functions, bioactivity, compatible production, etc.) will also be hosted in Marine Biotechnology.
Marine Biotechnology is providing many new solutions to Industry and Agriculture, including environmentally friendly pesticides and salt-resistant enzymes that are helpful in many industrial applications.

There are three main challenges to Marine Biotechnology.  These are:
1.) Biosafety (testing Living Modified Organisms may disrupt the natural ecosystem of the ocean.)
2.) Access to Marine Organisms/Resources (Because Marine Biotechnology takes place in the ocean, the borders between different nations can sometimes erupt in disputes over access to certain resources/creatures.)
3.) Intellectual Property Rights (The North wants stricter rights to discoveries made in the South, where marine resources are high, while the South feels that because the North is researching in their "property" they should be able to reap some benefits.)

Scientists in this field of Marine Biotechnology are studying the various enzymes and proteins of marine life in hopes of solving many problems that plague the area of Agriculture and Industry today.  These problems include trying to find anti-corrosive coatings and "self-cleaning" surfaces for industrial use.

To Collaborate Scientific Professionals around the World

All accepted abstracts will be published in respective Our International Journals.

Abstracts will be provided with Digital Object Identifier by